This section of the site shows a collection of works inspired by an event happened to Daddo long ago. He went to attend a night at the Barbican Centre (London, UK) where they were playing Concert for Orchestra composed by Bela Bartok. Daddo was astonished: the power of the Orchestra, the first notes played by the counter basses, the dramatic effect of the al scene…. And daddo’s fantasy made the rest. Keeping him flying high. Making his characters literally flying with the power of the music.

Some of these drawings have been already giclee printed on 300gr watercolor paper.
The are numbered (when it is a limited edition), signed and certified from Daddo in person. 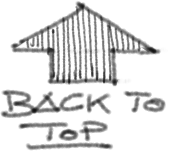